A look at Eric’s podcast setup as discussed in Episode 40.

When the season was on the line, Eric’s drivers stepped up and took the crown. Eric’s strategy of picking Toyota’s was the difference in the end. Eric’s team featured champion Martin Truex Jr and runner up Kyle Busch who carried him to the title. While James’ team was hurt by the late season collapse of Kyle Larson and Jimmie Johnson.

After the round of 8, James and Todd have tied for the championship!

It’s not over. But it’s close. After Phoenix, Eric has a monster 144 point lead. As Jimmie Johnson and Kyle Larson have struggled, so has James’ team. One race to go!

After the round of 8, James and Todd have tied for the championship! 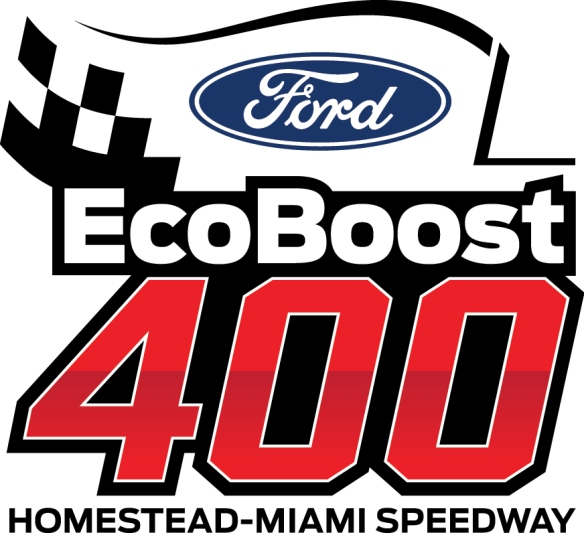 HOMESTEAD, Fla. — It has all come down to this. After 35 races in the 2017 Monster Energy NASCAR Cup Series, NASCAR is ready to crown the 2017 champion this weekend at the Ford EcoBoost 400 at Homestead-Miami Speedway.

After Brad Keselowski snuck in last week due to a crash by Denny Hamlin and Matt Kenseth’s win over Chase Elliott, the Championship 4 is set and ready to battle it out on the 1.5-mile track.

While most at Furniture Row Racing would probably not admit it, Martin Truex Jr. is certainly the favorite going into the final race. This will be Truex’s second appearance in the Championship 4, thanks in part this year to his seven victories — all but one coming on 1.5-mile tracks.

Truex is also the only driver in the Championship 4 that has not won a Cup Series title.

However, the driver who has won the championship the last three years has also won the race, which would be something Truex would need to overcome if he wants to take home the shiny new Monster Energy Cup. His finishes the last three years are 17th, 12th and 36th. But stats seem to mean nothing Truex, with this season being the best of his career. Truex was able to lock his spot into the final four on points after just the first two races in the Round of 8.

But to win the title, Truex will have to finish better than three veterans who have all stood on the top spot of the podium in the premier series during their career.

Kyle Busch is the most recent champion in the bunch, having won the title in 2015 after missing several races due to leg injuries suffered at Daytona International Speedway that year in the season-opening Xfinity Series race. While it took him a good chunk of the 2017 season to find victory lane, Busch goes into Homestead with five wins this year. But unlike Truex, none of Busch’s wins have come on 1.5-mile tracks.

And while Busch took home the victory in 2015 to seal his championship dream, his average finish at Homestead-Miami is 19.8, with only two top-fives and five top-10s. Aside from his victory in 2015, Busch’s best finish has been been fourth in 2012. He finished sixth last year as part of the Championship 4.

Kevin Harvick won the championship in 2014, the first year of the Championship 4, also winning the race at Homestead-Miami. Harvick’s win total is a little lower than Truex and Busch, with only two wins this season, one coming in the playoffs at Texas to advance him to the Championship 4.

Harvick enters the final race with four consecutive top-eight finishes. A championship for Harvick this weekend would mean a third title in nine years for Stewart-Haas Racing.

The potential spoiler of the Championship 4 would be Brad Keselowski. The Michigan-born driver is no stranger to the title, having won his championship in 2012, before the current format.

But that’s where the familiarity ends for Keselowski. This is his first appearance in the Championship 4 at the 1.5-mile track.

Keselowski has also never seen victory lane at Homestead. With nine career starts, he has zero wins, two top-fives and three top-10s for an average finish of 15.9, ranking him the lowest of the four drivers going for the title. He and his Penske teammate Joey Logano have also struggled this season. Keselowski stayed alive in the playoffs with a victory at Talladega, and advanced to the Championship 4 on points after struggles from several of his competitors at Phoenix last weekend.

Despite his numbers, however, he has been improving at Homestead. In the last four years he has run better. Keselowski crashed out of last year’s race, but finished third in 2014 and 2015 and sixth in 2013. He led 86 laps in 2015.

For the second consecutive week, Team Eric squeaked out a victory and now holds a solid lead with 2 races left.

After the round of 16 all three players are tied. Points will resume after the Round of 8 is complete.

ERIC’S CHAMPIONSHIP FOUR (170 POINTS AFTER ROUND OF 12)

JAMES’ CHAMPIONSHIP FOUR (170 POINTS AFTER ROUND OF 12)

TODD’S CHAMPIONSHIP FOUR (170 POINTS AFTER ROUND OF 12)

Wow. What a race that was. Kyle Busch is locked into the Championship round but the SuperSpeedway Fantasy league battles on!

Thanks in part to Denny Hamlin’s boot of Chase Elliott and Kyle Larson stinking up the show for a second consecutive week, Eric has recaptured the lead 1,657 to 1,608.

James’ team was wounded badly following another issue for Larson. Also, the Elliott spin and Kurt Busch wreck at the end of the race were costly at this point in the playoffs.

Eric’s team was dominant again this week with 5 drivers going over 30 points. The Toyota’s came through for his team at an unlikely spot, a short track.

After the round of 16 all three players are tied. Points will resume after the Round of 12 is complete.

James, Eric and Todd all had Larson as the champion. With Larson out there will be no champion points awarded. It comes down to the final four drivers. The only difference is Eric with Jimmie Johnson making it to Homestead.

ERIC’S CHAMPIONSHIP FOUR (170 POINTS AFTER ROUND OF 12)

JAMES’ CHAMPIONSHIP FOUR (170 POINTS AFTER ROUND OF 12)

TODD’S CHAMPIONSHIP FOUR (170 POINTS AFTER ROUND OF 12)