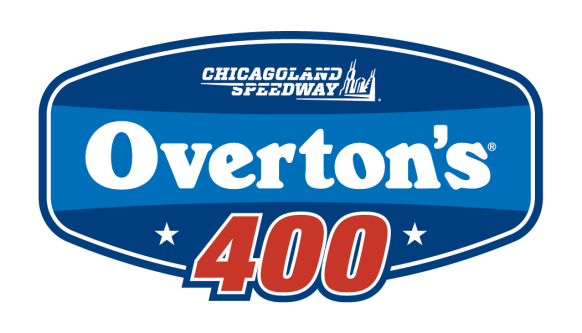 JOLIET, Ill. — Four drivers will start at the back of the field for Sunday’s Overtons 400 Monster Energy NASCAR Cup Series race after having times disallowed due to failing post-qualifying inspection.

Because of the weekend’s “enhanced schedule,” NASCAR did not require drivers to go through pre-qualifying inspection at Chicagoland Speedway Saturday. Teams could voluntarily go through, however.

NASCAR announced that drivers who failed post-qualifying inspection would have their times disallowed and further penalties depending on how many times they failed inspection.

Four cars failed post-qualifying tech Saturday evening. Those include Martin Truex Jr., Denny Hamlin, Jimmie Johnson and Chris Buescher. All four will start from 36th through 39th in the field of 39 cars.

The cars of Paul Menard and Ryan Blaney, who qualified on the front row, did pass inspection, so they will retain their starting positions. It was Menard’s first pole in almost 10 years. Chase Elliott, Kurt Busch and Clint Bowyer will round out the top five when they come to the green flag Sunday at Chicagoland.

NASCAR also announced that the team of Ricky Stenhouse Jr. made unapproved adjustments after qualifying, so he will go to the rear as well. However, Stenhouse will retain his starting position, he will just have to fall to the back before the green flag.

NASCAR has also elected to move up the start of the race approximately 14 minutes due to the threat of possible rain in the afternoon at Chicagoland. Sunday’s forecast for Joliet calls for a high of 90 degrees and a 60 percent chance of rain and thunderstorms. The hourly forecast calls for a 30 percent chance of rain at 3 p.m. ET, increasing to 55 percent around 7 p.m. ET.